In my choreography I am crafting abstracted expressionist movement -
human movement with feeling and form, but without explicit narrative

I am motivated by embodied expressions of fragility and flux; frustration and perseverance.
It is our halted fumblings and courageous nobility that I am striving to grasp hold of.
Dances that invoke, commemorate, celebrate, grieve, instigate.
At a park, in a chapel, at an academic conference, in a gallery, in a corridor, in an open field, or a theater . . .

My works are integrating intangible ideas and feelings with flesh and bone bodies; transforming human experiences - social situations or individual internal states - into movement and energy with intention, focus and timing. The dance may be intense, purposeful, dignified, or reflective, tender and wistful. The dances are crafted with a thoroughness and care balanced by risk and play with an openness to what emerges in the process and a desire to find how much can be accomplished with how little.

(spring 2021) work in progress Adaptability to change – a highly valuable attribute, always, and maybe never moreso than now – when the pace of development in human civilization seems to be increasing exponentially. To embody the characteristic of resistanceless flow, quickly shifting, adjusting to the form of the space around you, without any friction, simply slipping into the new shape. But not losing oneself in any of those spaces - never soaking in or attaching - because the strength of the bonds you hold within yourself are so much stronger than any connection to the surroundings.
excerpt at: https://youtu.be/56NV9jpnAeE

Waiting for a Rainbow

(December 2021) work in progress
Impromptu solo sketch to start collecting/developing material - inspired by a blue-grey building on a blue-grey day in December (2021) as Omicron raged. excerpt at: https://youtu.be/1jI1LjwKT3k

Commission, a multi-section work for 12 dancers created over the course of a two week workshop. 12 young women visit the sea-side on a summer day, and everything they encounter there re-appears in a surreal form as the work unfolds - is the sea the depths of our unconscious? are we the sea ourselves with our blue plastic-bag skirts and a white scarf that's a micro-tornado. We are lost to the depths of our fears amidst the crashing waves and carried up onto shore again, as part of the eternal return . . . . https://www.youtube.com/watch?v=pmqsu_NAmUM
Pictures and more here. 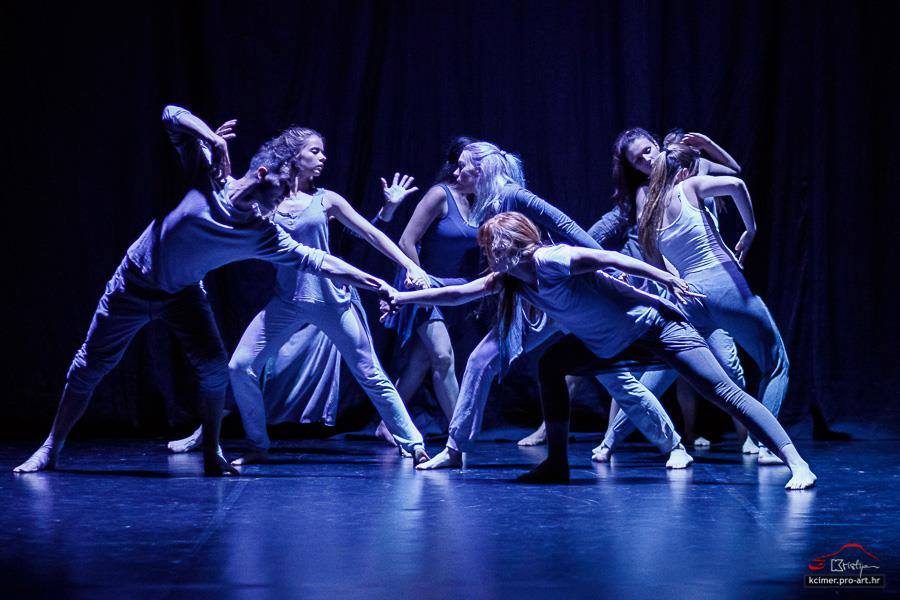 Commission, a piece conceived and created for a group of 8 dancers and non-dancers in Osijek, Croatia. This multi-sectional 25 minute original piece was created through a 2 week workshop process and culminated in an informal performance at the Youth Theater of Osijek. 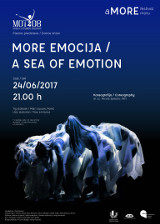 A piece conceived and created by invitation for 'aMORE', a festival dedicated to the sea and held in the coastal town of Poreč, Croatia. Inspired by depictions of the sea in mythology, literature and metaphor, as well as themes from the Limon Dance Company repertory and Sue Bernard/Danceworks, and developed over a 10-day workshop period. https://www.youtube.com/watch?v=pmqsu_NAmUM
Workshop notes and flyer here.

Collaborative performance piece for Slovenian National Culture Day celebrations in Sostanj, Slovenia, consisting of all original elements including an image collage with sound score (by Boštjan Perovšek), a revised version of the solo work To the Core, and an interactive section for dancer and clay sculptor using live projection animation within a structured improvisational score. The whole work focused on the overlap and separations between the 'human' and the 'natural', and the desire to get to the heart of one's 'true nature' and break out of constraining, external and internal forces.

Revision of Not an Apple performed at International Dance Week Festival, Ljubljana, Slovenia

A work in progress – an artistic and documentary dance/mixed-media project inspired by the search for one’s roots in the past or a better life ahead, a project motivated in part by loss and longing, chance and choice and the search and discovery of places and stories. (Filmed on site in Slovenia and New York) 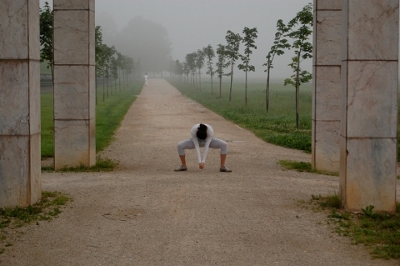 This work tries to capture something of the fragile nature of engaging and connecting with another; the missed connections and false starts, hesitations and compassionate impulses that somehow become friendship. Revised version of first section of two-part duet originally created in 2009 for the Peace and Non-Violence Colloquium.

This piece evolved into an exploration of the attitudes and feelings we have about the principles that structure our lives, and an imaginative play on the pun of universal construct and constructing a universe. Collaborative project with Sue Bernhard, a 10-minute solo of dance and movement for myself set to John Cage selections and silence.

What is Humphrey-Limón Modern Dance? (July 2009)

Performance / Presentation - Home for the Elderly, Ljubljana, Slovenia – a technique and style demonstration of classic modern dance, through short movement sequences with explanations, and final demonstration of a solo crafted in that style.

Structured improvisation for group of dancers in theater aisles, a movement choir for three sub-groups, and two individuals moving through and interacting with groups, accompanied by dancing musician improvising on cello and voice.

A one-minute gesture piece created in 2 weeks to an assigned one-minute long piece of music. Music: Polly-Moller. Choreographed and performed by Nicole Speletic.

Site-specific solo created at Zale cemetery in Ljubljana, Slovenia for video, inspired by the cycle of life and death, and our connections to one another through our lived experience and our shared mortality, dedicated to the memory of Peter J. Speletic.

Group work for 16 beginning dance students at Long Island University, on theme of river as metaphor for restriction that stimulates a surge for freedom.

Group work for 16 beginning dance students at Nassau Community College on the metaphorical possibilities in the physicality of falling and rising.

Group work for 13 beginning dance students at Long Island University, on theme of individuality and unity.